Lately life has been whipping my butt. And not just bronchitis, stomach bugs, little ones with anxiety, and end of the month empty pantry syndrome. Legit stuff. For realsies. Such is life right? But for me, that’s when the blog suffers the most. It’s not to say that I don’t overlook the crap sometimes and post something positive. Because, if anyone posts something positive on their blog and claims nothing else negative is happening behind the scenes, that’s a lie, lol. Face it – we wouldn’t have the positive without the negative, right? But I tend to let it take over sometimes and I stop posting. Of course there are other lazy reasons too, I’m not always in the pit of despair, I promise.

During a recent appointment, my counselor suggested that I open a second blog. A private blog where people couldn’t read and I didn’t have to feel judged or worry about what kind or response I would get about my life and what goes on behind the scenes. (Or the wide-open door into my private life, like the REAL one – not the one on Instagram, Facebook, etc.) I’m reeeeeally bad at opening up to people, and it’s one of those things where if you do it with the wrong person (been there, done that) it has pretty steep consequences. Because I can’t seem to do this with humans, why not try at least venting to the giant, all-seeing, interweb robot, in a safe environment where no one else can see? It’s been helpful, honestly. It’s MUCH easier to brain dump than it is to stress over people’s reactions to what you’re writing, what they’ll think about the funny thing your toddler did, and how you shouldn’t be worried about what everyone else thinks… while checking the views counter. Right?!

One thing I’ve started to do on there is to write at least three accomplishments for each day. Lazy took over, I didn’t last long. But when I feel myself getting to that spot, that place where I don’t want to be, I start listing things off. Sometimes it’s in my head for reassurance, and other times I sit down, drink a glass of water, and use the app on my phone to just post a short blurb of things that I have completed that day. It’s not a huge help, but it helps to put life into perspective.

Example: Are there clean and used-to-be-folded linens on my couch that have been there since Friday? Yeah, but you know what? On Friday morning I pushed four loads through, start to finish, sorted all the clothes out, and spent at least a total of an hour folding the linens. ME. Alone. People were at school and work, the toddler was destroying something I’m sure, but I did it. My kids have clean linens and clothes. The linens may still be on the couch, but if they need a blanket, they’ve got 47,652,132 clean ones to choose from. Take THAT, life.

So did Friday suck? Yeah, I had bronchitis. Duncan came home and screamed at me because of life at school (we’re working on that, that’s another post entirely.) Olivia yelled about hating her life because she had to clean the upstairs bathroom that week. Rachael and Charlie argued forEVER over who got to play either Playdoh or Princesses, can’t remember which. Cam has been unavailable and stressed for weeks because of testing at work. Was it a fantastic day? Did I feel like I fixed everyone’s issues? Was I mom of the year? No, no, and no. But I folded linens. I ran the vacuum that day. I brushed my teeth. I made dinner. I got dressed. Not in that order, but you get it. See what I mean? Helps me keep the molehills from turning into human-eating mountains.

On that delightfully, semi-positive note – remember #lookforthelovely? I’m also going to try to bring lovely back. While I don’t feel like throwing a party on my blog every time I floss, it would be nice to be able to lower some expectations on my blog (self-inflicted expectations) and post a #lookforthelovely to just remind myself of the good, feel better for posting, and not always stress over what exactly is being posted. I’m not going to stop posting written out posts by any means, but just something a little different. A small step in the right direction. 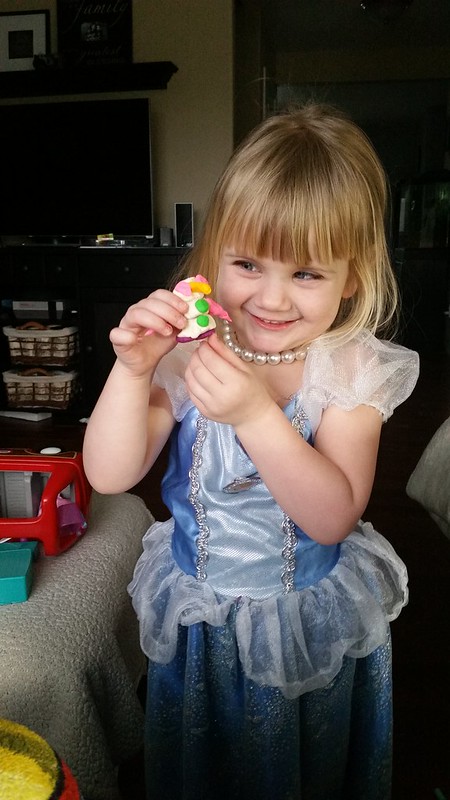