It’s an interesting (and I guess obvious) realization that I tend to post about the younger two kids more than anyone else in the family. Believe me, it’s not that the older kids aren’t making their presence known, they definitely put in more than enough input on everything. EV-REE-THIIIING. But really, they tend to shrink away from photos, have much MUCH less interest in being presented in blog form on the internet, and generally would just like me and my camera to go away, thankyouverymuch.

Then there’s the aspect of not being around. By that, I mean that I’m not around as much. Sure, we’re all here together as a family day in and day out, but generally I don’t post photos of us sitting around, half-dressed, and bingeing on reruns of Pokémon. (Don’t judge.) Really, I mean those “picture” moments. We have a few here and there at home, but a good example of what I mean is Girls’ Camp. Liv was SO excited for camp this year. We got her registered, got her gear, packed her bags and she was off! But really, I wasn’t there to take any photos! The morning of her departure she was NOT interested in my camera, at ALL. This was the only shot I got to commemorate her entrance of Girls’ Camp as a First Year: 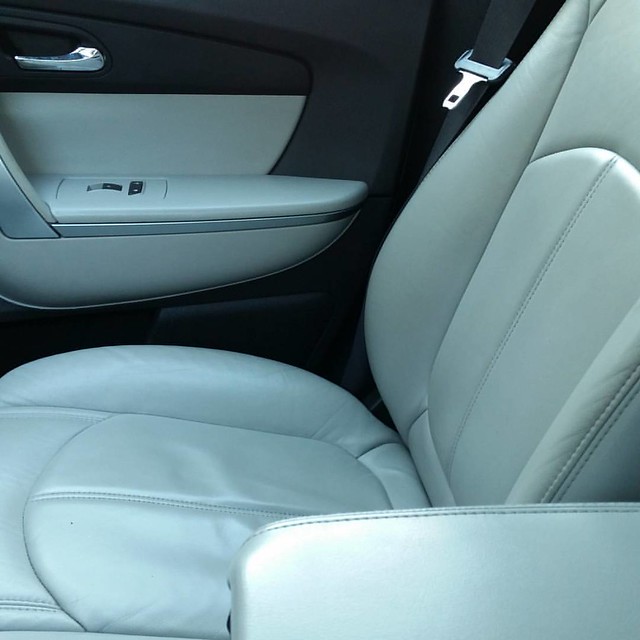 Not gonna lie, it kinda felt like a Mom-fail. But in those here’s-where-your-butt-sat-before-you-left-photo moments, I like to take a step back from the Mom-fail feeling and realize that sometimes, it’s okay to NOT force her to take a photo. Am I grateful that my mom forced me? Sure, I am. But sometimes it’s nice to just let her have her way, and get a photo of my empty front seat instead. This is kind of like a kinder, gentler version of the photo with a screaming child on Santa’s lap.

Not to mention, what am I teaching her if I force her to take a photo? Part of her current cell phone contract that she had to sign stated that she was not allowed, under any circumstances, to take someone’s picture without their permission first. And certainly not to post it on the internet without their knowledge. So maybe, this is a Mom-PASS?!

Anyway, my SQUAD (that’s for you, Liv) came through and I got photos of her ANYWAY! And she always smiles better for other people. Why do kids do that? Excuse the silly faces, I haven’t asked the other campers’ parents for permission so they’re… masked. 🙂 Yet again, another reason photos of older kids is hard. 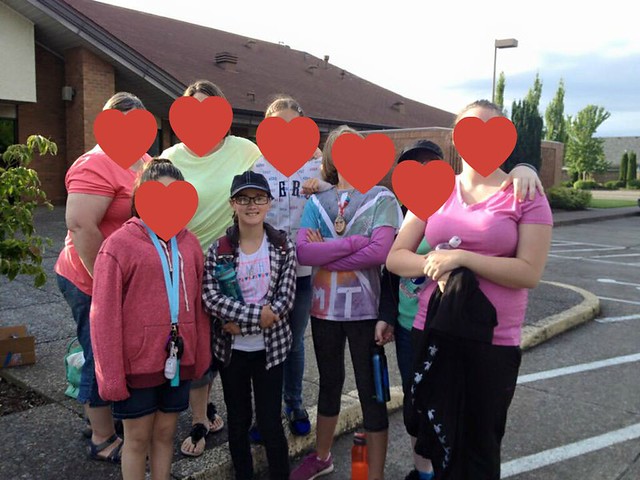 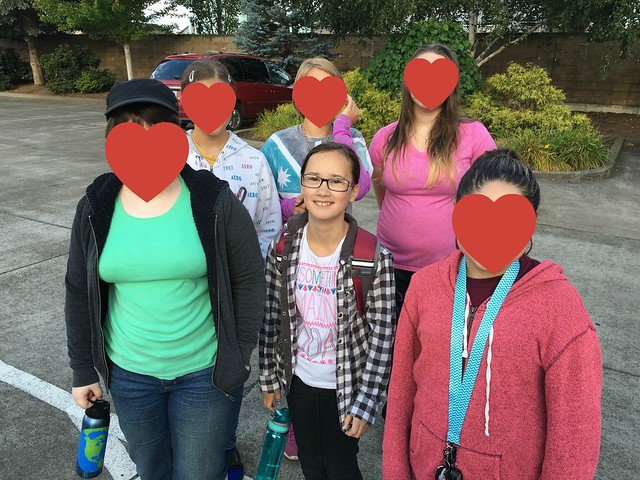 See what I mean? Awkward.

But here’s a gem: 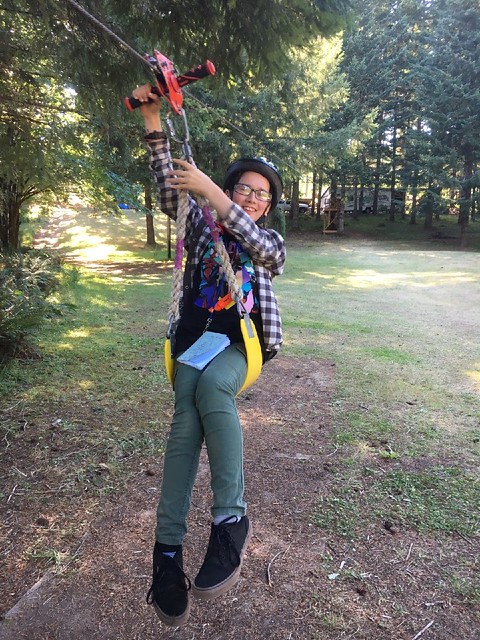 She did the zipline twice and LOVED it. She said at first she was really scared but then it was just fun. Brave girl! 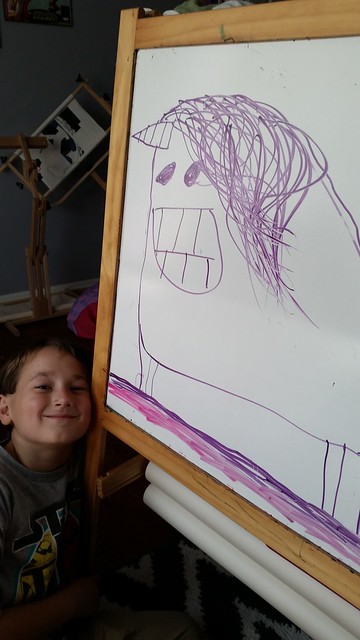 That is one giant anthropomorphized unicorn. Eesh.